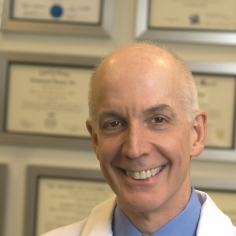 I have a question about shock loss and recurrent shedding (I am a woman, age 55). In May of 2002 I underwent a hair transplant of 750 micrografts, mostly on top and in front, some on the crown. After the procedure, I went into a bad shock loss – in addition to losing the original hair around the new transplants, I also lost a lot on the back of my head to above my ears, above the donor incision, which took a half inch strip of scalp out from ear to ear. On top of that, I was on minoxidil which kicked in further hair loss like it always does in the beginning. The shock loss areas grew back but not anywhere near as thick as they were before – which was never that thick! The minoxidil did nothing for me that I could see, although it may have speeded up the regrowth of the shock loss areas. Here is my question – it is now nearly 4 years later and I am having a terrible problem with shedding the past few months, and once again I am thin on top and above the scar all the way up to and including the crown. In fact, it’s every place above the donor area, same as the first time. Is it possible that when you lose a lot to shock, the hair cycle of all those follicles resets to that specific point in time, and if the cycle is 4 years long, you will lose it all again in 4 years? Or, after a shock loss, do the follicles involved revert to their previous individually staggered cycles the next time around? I am beside myself with anxiety over this. My father’s sister has a problem with very thin hair to the point of wearing a hairpiece. I thought my transplant would circumvent this and I’d be home free, but it looks like I never even had it now. The hair below the donor area is nice and full but you can really see my scalp everywhere else. My blood levels are perfect for thyroid and everything else. I hope you can understand my question, I basically want to know if every 4 years I am going to lose a lot of hair now. Thanks So Much Linda

Your question is an excellent one. I wrote a short paper on this topic way back in 1997 called “What is Delayed Growth?” The following section addresses your question.

"Generally, following a transplant, all of the transplanted hair is shed in an effluvium and enters a resting phase. If all the hair was to simultaneously begin a new anagen cycle, the asynchronous normal growth pattern in man would be effectively converted to the synchronous growing/molting pattern of animals, and much of the new hair would fall out during the next normal telogen three years later. This obviously doesn’t happen to any significant degree.

To prevent this from happening and to keep our hair cycle “human,” there are at least two possible mechanisms at work. In the first, each hair might resume it’s growth cycle at the point where it was interrupted, thus continuing the previous totally asynchronous pattern of growth. In the second possibility, each hair would begin a totally new 3 year cycle. In this case, if all the hair was to begin growing simultaneously, this new hair would fall out at approximately the same time three years later. In the second scenario, in order for nature to restore it’s normal asynchronous pattern, it would have to delay the onset of growth in a portion of the follicles. In theory, to be totally asynchronous, new crops of transplanted hair would continue to appear over an extended period of time, possibly up to three years."

In sum, although the mechanism is not clear, after shedding of any type the hair cycle tends to become staggered again so that the shedding does not automatically repeat itself at a future date.