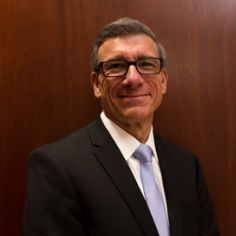 Can you provide me with information of Dutasteride?

The most extensive study of dutasteride in the treatment of male pattern hair loss was published by Olsen and others in the Journal of the American Academy of Dermatology in December of 2006. This was a randomized, placebo-controlled study of 416 men for a 24 week treatment period. The study evaluated various doses of dutasteride versus 5 mg of finasteride versus placebo. At the time of the study the 1 mg finasteride dose (Propecia) was not commercially available, but the comparison is valid since the effects on hair growth of 5 mg. 1 mg. of finasteride are equal.

Sexual side effects were determined and, although there were no statistically significant differences between placebo, finasteride and dutasteride, it is noteworthy that in the patients treated with 2.5 mg dutasteride daily, 13% complained of decreased libido. As has been the experience with finasteride, half of these patients experienced resolution of their side effects despite continuing to take the medication. The other 50% had to stop the treatment in order for side effects to subside.

Side effects of dutasteride which have been reported in the treatment of prostatic enlargement are 1) breast tenderness and enlargement, and 2) reduced sperm counts. In a separate study of 28 patients treated with dutasteride 0.5 mg daily there was a significant decrease in sperm count at 26 weeks of treatment. That study states that it is difficult to determine the significance of these sperm count abnormalities and that the reports vary as to what sperm counts are required for fertility. It is quite concerning that two of the 28 patients in the study had a greater than 90% decrease in sperm count while taking the medication and 24 weeks after stopping the drug, they still had a 70% reduction in sperm count. Although the study did not give figures on the percentage of patients that developed sperm count abnormalities, this side effect, in my opinion, is worrisome especially since we commonly treat young men for male pattern hair loss. It should be noted that finasteride 1 mg (Propecia) was shown in a separate study to have no effect on sperm count.

We are currently awaiting the results of a phase III study being conducted in Korea to evaluate dutasteride 0.5 mg daily in the treatment of male pattern hair loss