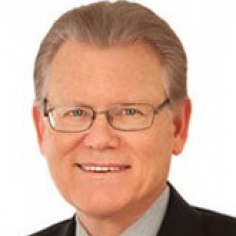 Is Propecia Use Required If You Have a Hair Transplant?

have been progressively losing my hair for about the past five years, but I am concerned about using propecia because of sexual side effects. I’ve been researching hair transplants but have read that if you have a hair transplant then you have to take propecia to maintain the new hair. This does not make sense to me. I was under the impression that the hair from a hair transplant will last a lifetime. Can you shed some light on this for me?

Your questions and are commonly expressed concerns. Unfortunately you have read incorrect information. Transplanted hair is not dependent on Propecia. The donor hair follicles are genetically different from the follicles that are effected by male pattern baldness. Donor follicles are not sensitive to normal levels of dehydroxytestosterone (DHT). Once transplanted to areas of balding scalp these follicles will continue to produce living hair. Propecia or finasteride lowers DHT levels reducing the effect on native (non-transplanted) follicles and by doing so helps to control progression of male pattern baldness.

Hair restoration specialists use Propecia and Minoxidil preparations in conjunction with hair transplantation not to maintain the transplanted hair but to prevent as much as possible loss of native hair from the balding scalp. Since donor supply is ultimately limited and less than ideal to treat extensive balding it is just common sense to hang on to as much native hair as possible.

You should not be overly intimidated by sexual side effects with Propecia. The great majority of men using Propecia have no side effects. And for those who do have side effects there is a simple answer, stop the medication and the side effects will fully resolve. It is not risky to take Propecia and just about all who are partially bald at the time they start the Propecia will have significantly slower progression of hair loss.

Minoxidil preparations are the second best choice to control progression of balding. You should definitely use both or the one you are most comfortable with. But to use neither and simply rely on transplantation is, in my opinion, like wanting a beautiful smile but refusing to brush your teeth.

There is one special instance in which Propecia would be needed to preserve transplanted hair. If the treating doctor has misjudged the margins of the balding pattern and taken donor hair from too high ( or sometimes too low) the transplanted follicles may be DHT dependent and not produce permanent hair. Skilled surgeons are always conservative in selecting the donor area for this reason.