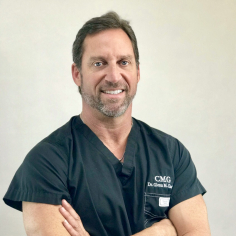 Does Propecia Cause Prostate Cancer? What Are My Other Hair Loss Treatment Options?

I’d like to start taking Propecia, but I heard that it can cause prostate cancer. Is this true and if so what else can I take to stop my hair loss?

To my knowledge there has never been any evidence linking the use of Propecia and the development of Prostate Cancer. There was a recent study that followed a large group of men taking Propecia for several years. The study showed that in addition to the slowing down of hair loss, men taking Propecia had a lower incidence of BPH (Benign Prostate Hypertrophy) and a lower rate of Prostate Cancer than the general population. However the few people who did develop Prostate Cancer had higher grades of Cancer. The authors reasoning for this is that Propecia helps to keep the Prostate gland smaller which in turn leads to a lower rate of Benign Prostate Hypertrophy (enlargement) converting to Prostate Cancer. For those patients whose predisposition for developing Cancer was so strong (higher grade of Cancer) the Propecia had no effect on them.

There are a few other non surgical options for prevention of hair loss. First is the use of topical Rogaine solutions. Minoxidil which is the ingredient in Rogaine is a vasodialator, which leads to increased blood flow to the scalp. This may help flush the DHT away and not allow it to bind to the DHT receptors located on the genetically susceptible hair follicles. Secondly, there is low level laser therapy. This is an in office (hood) or take home (laser comb) device which applies laser light to the scalp and hair. It has been shown in some patients to slow down the progression of hair loss. In some patients it can stimulate sleeping hair follicles to wake up. It may also take thin, weak, dying hairs and make them a ticker healthier hair.

From my experience with hair lasers is that most people do obtain some visible benefit. In others the benefits are more underlying. I have never seen or heard of any negative effects from the use of low level laser therapy.