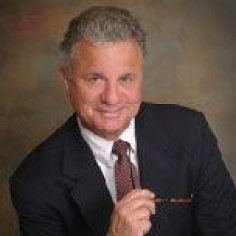 How many hairs can be transplanted during one hair transplant session?

How many hairs can be transplanted during one hair transplant session? Can a person just keep going back for more to fill in bald spots?

The answer to that depends on how large the bald spot is to be filled and how large and dense the donor area is. Usually the person who has the greatest need has the least amount of donor. The number of grafts that can be done in one session continues to increase every year due to improvements in instrumentation and techniques. Today some patients can actually get 5,000 grafts moved from a dense donor area to a large shiny bald area. The average large session is 2,500.

Can a person just keep going back for more to fill in bald spots? Almost a yes, but the limit again is the size and density of the donor area. In 1992 a patient of mine who had run out of scalp donor hair asked if I could take the hair from elsewhere on his body. We move 200 grafts from his pubic area and in 1994 the same patient came in and we moved 1200 beard hairs to the top of his head in between the softer finer scalp hair.

Today, with the FUE -follicular unit extraction- technique-which is removing one follicular unit at a time with a 1mm or smaller punch- it is possible to move thousands of hairs from the body to bald areas of the scalp. The only limit is the degree of hairiness of the individual and the size of the bald spot. One patient who was presented at a recent meeting had a total of 11,000 body hairs moved to his very bald scalp and looked as if he had a very nice crew cut which apparently rarely needed a hair cut.