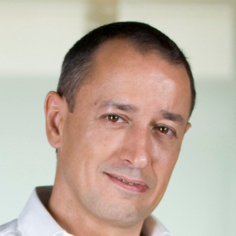 Dr. Feriduni ‘s philosophy is to provide each patient with a high quality hair restoration procedure, in which the patient ’s well-being and personal wishes are of major concern.

A physician is always trained to become a good doctor but is not necessarily trained in human interest. However Dr. Feriduni feels it is of a fundamental importance that each patient, who suffers from hair loss is taken seriously.

As a physician, Dr. Feriduni is dealing with people who often suffer from a lack of confidence and are expecting him to help them to achieve a new phase in their life. Each one of his patients confide in him with their hair restoration treatment as well as the ultimate result of the treatment.

Basically the guarantee of the overall success of the patient‘s hair restoration procedure lies in the hands of the hair surgeon. Taking this into consideration it is of an essential matter that the hair surgeon is able to evaluate all options and limitations of his patient ‘s treatment. It is the surgeon’s task to inform his patient in the most professional and detailed way, to listen to the patient’s personal suggestions and desires and to guide him on his way to become a happy and satisfied patient.

Dr. Feriduni started in 1993 at the Johann Wolfgang Goethe University Frankfurt at the department for general surgery as a junior consultant. He received the degree of Doctor of Medicine at the J.W. Goethe University of Frankfurt in Germany in 1994. In 1995, after being a junior consultant in general surgery for over 2,5years, he started his hair transplant surgery education at Transhair, a private clinic for hair transplantation in Düsseldorf, Germany. In 1998, Dr. Feriduni received his board certification for general medicine in Belgium.

In addition to Belgian patients, over 90% of Dr. Feriduni's patients is international. Every patient is personally consulted by Dr. Feriduni in English, German, Dutch or French. More than 30% of Dr. Feriduni's cases include repair or corrective hair transplant procedures due to previously outdated or subpar results from other clinics. Dr. Feriduni also offers scalp reduction procedures by means of the expander- or extender technique and scar revision. Additional services include eyebrow and eyelash transplantation; beard, moustache and sideburn restoration; and scar camouflage after a facelift, accident or burning injury. More than 10% of Dr. Feriduni's monthly cases are women and nearly 2% of all yearly cases are transgender patients. In addition to surgical treatments, Dr. Feriduni also offers his patients medical therapy consultations with Propecia (finasteride), Rogaine (minoxidil) and others.

Member and faculty of the World FUE Institute since 2016

Member of the Coalition of Independent Hair Restoration Physicians since 2007

Member of the German Society of Laser Medicine since 2002

Member of the European Academy for Cosmetic Surgery (EACS) since 1998

Dr. Feriduni developed an indication guide line (ESHRS, Paris 2007 – Title: FUS and FUE, a comparison of both techniques) in which he describes the indications of both harvesting techniques. Dr. Feriduni truly believes that only an educated patient could make a rational decision regarding to which harvesting technique he will chose for his procedure. Dr. Feriduni has also trained several physicians worldwide and shared his experience and knowledge openly in performing state of the art hair transplantation throughout the last 12 years.

2007
ESHRS Meeting  Speaker: ‘FUE and FUT, a comparison of both techniques’
Paris