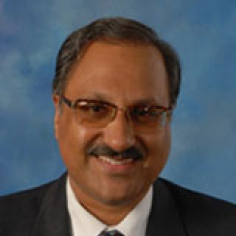 The single and most important factor in the success of hair transplant surgery abroad is the training and credentials of the plastic surgeon you select and the team he has trained . Thati s the reason you need to know that Dr Tejinder Bhatti has been practising hair transplant surgery since 1996 as a plastic surgeon. He received his undergraduate degree from Armed Forces Medical College, India in 1985 and went on to complete his Masters in Surgery and thereafter super-pecialized in Plastic Surgery (M.Ch). MCh is equivalent to Board Certification in the speciality in the USA. Atleast 3 years in General Surgery is a mandatory prerequisite for starting training in Plastic Surgery.

Dr Tejinder Bhatti’s professional accomplishments result from a dedication to knowledge that has frequently taken him around the world to learn the latest, most effective surgical methods in hair restoration surgery. His initial exposure to hair transplant was under the guidance of Dr Tessler in Detroit.

Due to his abiding interest in the field of hair restorative surgery, Dr Tejinder Bhatti founded the AHRS-India in July 2008. For his achievements in this field, he was invited to the Global Council of the ISHRS (International Society of Hair Restorative Surgery) to represent India in the International Forum as Secretary of the AHRS-India in 2008 and 2009.

Dr Tejinder Bhatti’s publications and research are in the field of wound healing and more recently in FUE hair restoration surgery. He has avidly presented papers at many national and international meetings.

He is the joint editor of the India Journal of Plastic Surgery.

Dr. Bhatti is recommended by The American Hair Loss Association